The revisions let you track differences between multiple versions of a post. 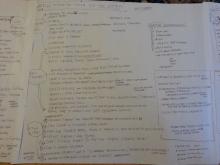 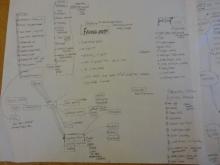 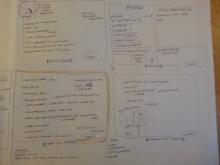 At the Hack-a thon at NOFA VT hosted by the Code for America people we met many more people intereted to pursue this project collaboratively.

We will be reaching out to the list-serv holders about how to convene another in-person gathering to discuss and move forward with planning.

Until that time, as people think of other features or SPECS ( people meaning farmers…) please post them here.

The need for an online marketplace to connect producers of food with local buyers is clear. Half a dozen of the proposals at the Food Systems Hackathon in VT were asking for this. This proposal distinguishes itself by proposing that this network not be hosted by any one entity but by every computer that uses the network. When one entity is hosting a network, it creates the fear for users that it’s going to be a black hole for their efforts if the network some day disappears because the company hosting the service goes under or is bought out. If a farm becomes dependent on a service like this owned by a third party, they are also vulnerable to being taken advantage of due to the leverage that third party would hold. When not any one person owns the network and it is instead hosted by everyone, it becomes an indestructible commons.

OTHER PROGRAMS THAT We'VE looked into in this research-- in particular leading up to the Tres Hombres sail freight network meeting:

Principles for moving forward include: